CBN recognizes two people for the Individual Achievement HUB (Heroes Underpinning Brownfields) Award at its national conference in Toronto on June 12, 2019. Grant Walsom, CBN President emphasized that “This award is part of the CBN’s 15th Anniversary celebrations and honours Bonnie Prior and Tammy Lomas-Jylha as strong women who have blazed the trails in the brownfield industry. Both were extremely instrumental in establishing the CBN and providing a voice for Brownfields in Canada”.

Bonnie Prior, Toronto, ON 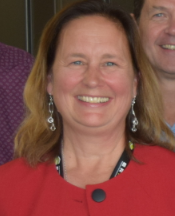 Bonnie’s real estate practice started in 1989 and was developed around industrial real estate in Hamilton and surrounding area - where she developed knowledge and passion for all things Brownfield. Bonnie was extensively involved as a volunteer at all levels of organized real estate and while serving as Chair of the National Commercial Council in 2005, she agreed to join the staff at the Canadian Real Estate Association as the Director, Commercial Council. The Canadian Real Estate Association was one of the founding members of the Canadian Brownfields Network and Bonnie was the first Chair /President of the CBN Board (until 2012). Bonnie is no longer on the Board of Directors but continues to provide support when needed in an Advisory capacity. After 10 years in the Association world, Bonnie has now returned to commercial real estate (Royal LePage) and serves as Chair of the Commercial Network for the Ontario Real Estate Association, providing support to their Government Relations committee around Brownfield matters. Bonnie is also Vice-Chair of the Board for Burlington Economic Development and is providing guidance as they consider the introduction of a CIP for the first time. 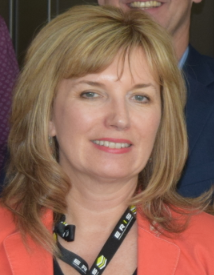 Tammy has over 25 years of experience in brownfields and contaminated sites and is recognized as a dynamic and adaptable leader with the ability to coordinate complex multi-partner initiatives and interact effectively with private and public stakeholders. As an executive-level consultant, her work focuses on co-creating visions, strategies, implementation plans, performance measurement tools, and knowledge mobilization approaches to guide decision-making and actions of government and the private sector. Some highlights: Tammy sat on the Green Municipal Fund Council (The Federation of Canadian Municipalities) from 2005 - 2011 where she represented the brownfield and contaminated site sector providing strategic direction for the $550 Million fund and encouraged municipalities to initiate sustainable projects with significant environmental benefits; She is the recipient of the 2009 Canadian Urban Institute’s Brownie Award for Individual Achievement. Tammy is one of the founding members of the Canadian Brownfields Network and has been involved in the organization in various ways since its inception.